Somewhat belatedly, following a couple of weeks off in September, I am able to blog about the winner and runners-up of our August photo competition. The judges thought this was a particularly strong month, so thanks to everybody who added photos to the group - and please keep doing so!

We had four runners-up this time. In random order they are:

A near-symmetrical shot of The Stern of the SS Great Britain at Bristol by Jayembee69: 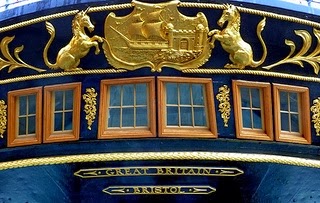 This picture makes it very clear how ship design has often tried to imitate fashionable architectural details. The SS Great Britain was the largest ship in the world when it was launched and something of the grandeur comes through even in a detail shot like this one.

Next up, Standing Guard by m oleathlobhair. 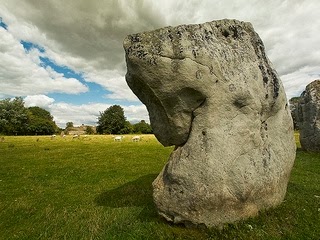 What I like about this picture is that is very organic: at first glance it could (almost) be a gnarled old face of a boulder in a field, left stranded by some geological process. But the inclusion of the second stone to the right disabuses the viewer of any such suspicion. The angle of the clouds and blue streak of sky remind me of the time-lapse shots of scudding clouds in films.

Next we have The Albert Memorial by richardr. 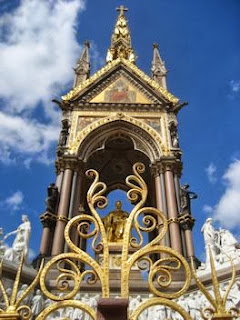 Richard's photo captures the excess of the memorial: not just gold and marble but mosaics and inlaid jewels. I must admit that until looking up the monument on Wikipedia I hadn't realised what an elaborate allegorical scheme it has. In Richard's photo I think we can see the 'Agriculture' group and the 'Engineering' group of marble sculptures. I will certainly look more carefully at the monument next time I am in Kensington.

The last of our runners-up is Southwell Minster by the-frantic-photographer. 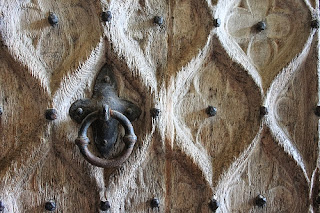 I have fond memories of visiting Southwell Minster on a cathedrals tour about 10 years ago (that was in my wild youth, when anything seemed possible). It is a quiet place and the persistent foliage theme in the decoration - for example in the beautiful chapter house - fits the setting nicely. This close-up picture by the-frantic-photographer shows a honeycomb-like door from which the quatrefoil motif emerges as soon as you look at it carefully. This is the kind of close-up picture that I always try to take but always end up with disappointing results, but here we have a good example of how it can be done.

That crazy cathedrals road trip that my partner and I took ended at Lincoln and, coincidentally, this month's winner is a picture of Lincoln Cathedral by uplandswolf: 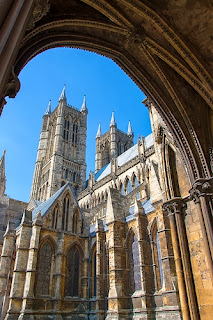 Many of you will know that the cathedral is at the top of a steep hill, and here we get a tremendous sense of the way in which the building seem to be reaching up even higher. The exuberance of all this stonework is heightened by the choice of the gothic arch through which to frame the main subject. Congratulations to uplandswolf for winning with a very different photograph from his Derelict signal box in March.

Posted by Jonathan Blaney at 17:57