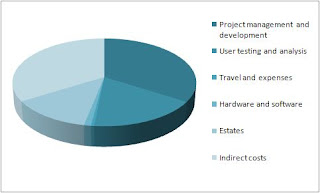 Bruce Tate has been Project Manager at the Institute of Historical Research working on British History Online since 2002 and has overseen the site since its launch in June 2003 through to the present day. He is accountable for all aspects of planning, budget, timeframe and quality, and is PRINCE2 (Practitioner) certified. He also developed the front end of the JISC-funded Connected Histories website. Previously, he worked for the Audit Commission and commercial publishers including Macmillan and Wilmington.

Bruce is responsible for project management, the initial analysis, the development work required to incorporate user feedback, and evaluation.

Jonathan Blaney joined the Institute of Historical Research in 2007 as Project Editor for an AHRC-funded project to complete the digitisation of the National Archives’ Calendars of State Papers via British History Online (BHO). He now continues to work for part of the time on BHO, as well as contributing to a range of other IHR Digital projects. Jonathan has worked as lexicographer for Oxford University Press and as an editor on the Oxford Dictionary of National Biography. He subsequently worked for the Oxford Digital Library, where he was a Text Encoding Reviewer on the Early English Books Online Text Creation Partnership and Eighteenth Century Collections Online Text Creation Patnership, and also advised on a number of digitisation projects.

Jonathan will be involved with reviewing the results of the analysis phase of the project. Like all members of the team he will also have some responsibility for dissemination of results.

Peter Webster is Editorial Controller of British History Online and Manager of SAS-Space, the digital repository for the School of Advanced Study. He also contributes to a range of other IHR Digital projects, and has particular responsibility for the analysis and benchmarking of user behaviour. Before joining the IHR, Peter completed his PhD at the University of Sheffield, and was Technical Assistant to the AHRB Russian Visual Arts Project in the Sheffield Humanities Research Institute. He also taught in the University's Department of History.

Peter will also be involved with reviewing the results of the analysis phase of the project and will also contribute to dissemination activities.

Colin Thom is a Senior Historian with the Survey of London, the closest thing to an 'official' history of the capital, now part of English Heritage's Department of Heritage Protection. He has contributed to the Survey's ongoing series of detailed studies of the capital's architecture and topography for more than 20 years. He is also the author of Researching London's Houses (Historical Publications, 2005), an archives users’ guide to the subject, and lectures and publishes regularly on all aspects of the capital's history. He acted as Project Officer for English Heritage (EH) during the joint EH / IHR project to make the Survey’s volumes freely available in digital form via BHO.

Colin will identify and help convene the user focus group with colleagues at English Heritage, and help with the evaluation of the prototype revisions to the service.

Action to prevent / manage risk
1. Survey response rate may disappoint
BHO has run two multi-page surveys in the last six months both of which pooled roughly 1,000 responses. Some of the consultation proposed will be much shorter in length than those so response rates can be expected to remain high. In addition the IHR, which is centrally funded to facilitate research at the national level, is ideally placed to communicate with the academic history community in the UK. It hosts the History Lab, the national postgraduate organisation for historians, and hosts numerous seminars, workshops and conferences which are attended by history teachers and researchers across the UK.
2. We may not prioritise the right needs for the academic sector
Each piece of user consultation will be identifiable by the audience categories as previously laid out by the System Usability Scale.
3. Difficulties recruiting and retaining staff
The proposed staff are already in post, and are enthusiastic about the project. In addition there is a large pool of digital project staff on whom to draw within the Institute, should anyone leave or be otherwise unavailable.
Posted by Unknown at 15:37 No comments:

Work package 1: project management
Ensure the timely delivery of all work packages to the required standard, and inform stakeholders about the project.

Understand the major issues for users through face-to-face techniques, convert those issues wherever possible into remote tests, and record them quantitatively.

Take advice and generate ideas for the reconfiguration of services to improve the user experience.