Our photo competition is ongoing through the summer, when we will be celebrating British History Online's 10th anniversary. As with last month, a great variety of images were added our BHO Flickr group.

This month we shortlisted three, not because the quality of the others was low but because of the way the voting broke down (staff of IHR Digital vote for their favourites, which then produces a cut-off point for the shortlist). Members of the BHO Working Group then met to discuss the shortlist and choose a final winner.

Again, the shortlisted photographers have kindly sent us copies of their photographs and permission to post them here.

Our two runners-up, in no particular order, were joycemacadam's Scotney Castle LR: 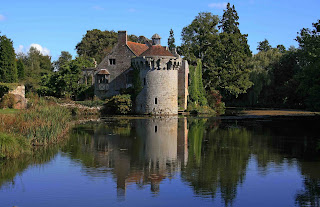 The judges admired the composition of this photograph, with the inclusion of quite a lot of surroundings giving pertinent information about the building's context.

Secondly we have Bewcastle Ancient Cross by karenwithak: 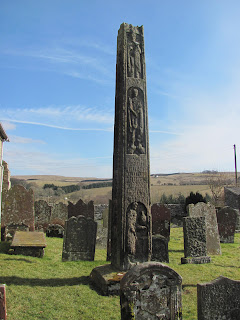 This was an interesting picture, the ancient cross somewhat out of place among the more conventional gravestones, and yet expressing the same commemorative purpose.

After much discussion, we chose as April's winner Derelict signal box in Stamford, by uplandswolf.


Derelict signal box will appear on the BHO homepage gallery for a month.

Keen readers of this blog may remember that uplandswolf was a runner-up in last month's competition, so congratulations again to him. The judges like the unusual and dilapidated subject, a timely reminder of our industrial heritage, alongside the just-visible modern railways station. It turns out that there is an online database of signal boxes, from which you can find that, for example, the Stamford example was built in 1893.
Posted by Jonathan Blaney at 11:38